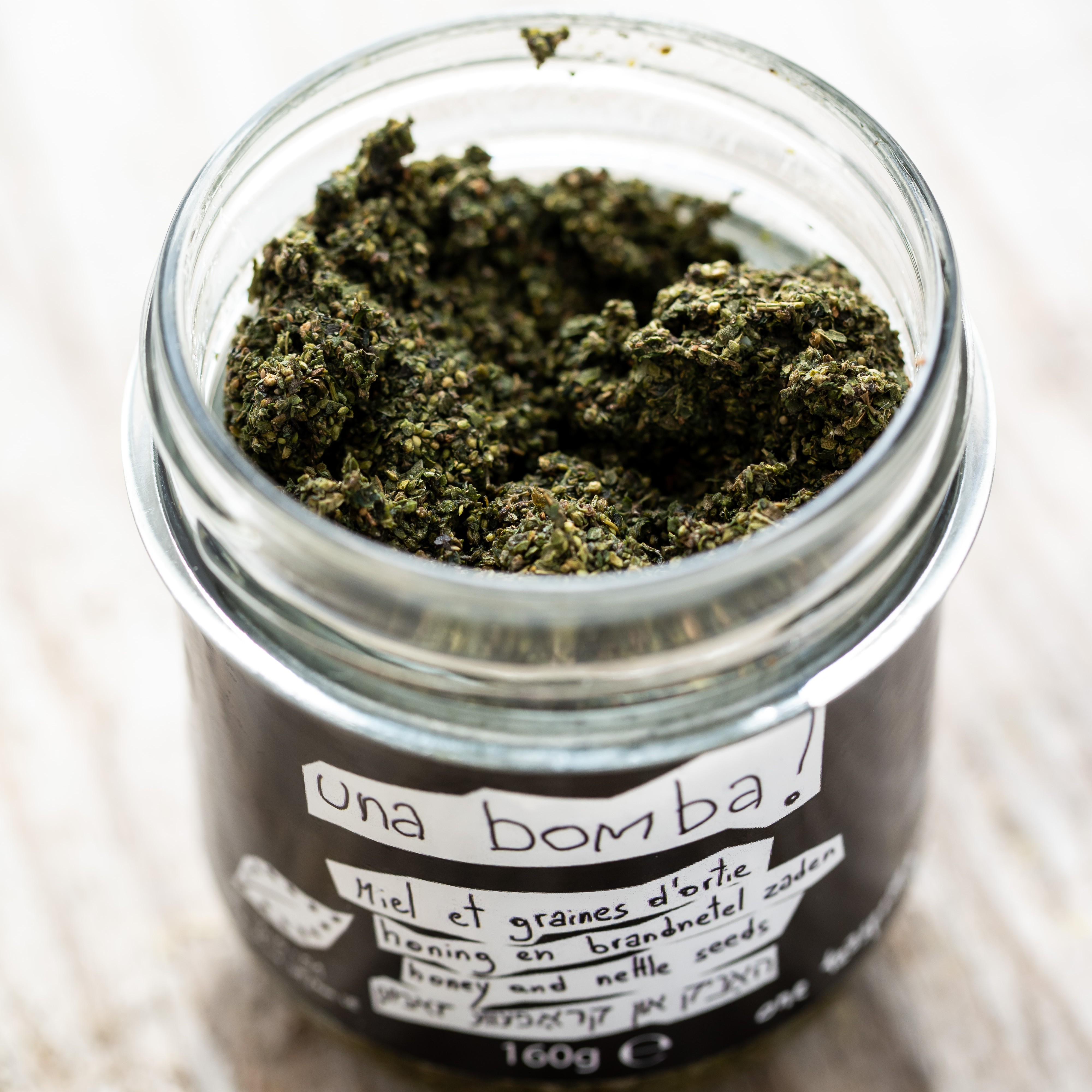 
Honey and nettle seeds. Vitality, energy and immunity. Nettle seed is traditionally consumed in Scandinavia as well as in the Balkans, where it is often combined with a good honey. A spoonful a day, f ... or its strength and vitality, in a gesture so much more beautiful than taking a capsule, to savour its wild, powerful, grassy and mineral taste. Una Bomba!

A superfood
Trace elements and vitamins strengthen the immune system. The simultaneous presence in nettle of vitamins B1, C, E, iron, zinc, selenium and manganese contributes to its anti-oxidant qualities. Nettle seeds are also said to be adaptogenic: Henriette Kress, a Finnish herbalist, uses the seed for anyone who is exhausted or in burn-out.

Chestnut honey is a robust, full-bodied honey, rich in vitamins, minerals and trace elements (vitamins B and C, iron, magnesium, potassium, barium, manganese, etc.). These virtues allow chestnut honey to stimulate and strengthen the immune system, and to slow down the ageing of cells, thanks to its antioxidant content. It is also said to improve the functioning of the liver and the stomach.
Una Bomba! Meer lezen

Send us an email