Grégoire and Max, friends since high school, came together some years ago (over a beer) and decided to set themselves two challenges. To run the Marathon des Sables and to brew their own beer. Having achieved the first objective it was time to Focus on the second. In between running sessions Grégoire and Max started taking their first steps into brewing. Brewing once a month at first and then little by little they started brewing once a week. Their beers were getting better and they considered it a shame they couldn't share their creations with a wider audience. So the idea of starting a brewery themselves started to take shape. They formed a company together in January 2017 and in May of the same year their first beer hit the market the Saison de Bruxelles.

As their passion for beer developed they became more and more aware of the power of yeast in the creation of their beverages, and that lead to an interest in other fermentations. They started looking for older recipes, experimenting with cider and other funky fermentations. This lead to the successful introduction to the market of the Amarilis, a naturally fermented drink based on the subtle taste of elderflowers. Currently they are working on other fermented beverages that will revolutionise the market.

When looking for a name for the Brewery many options had been considered until they realised there was a long lost family brewery. Indeed Gégoire's wife, Sylvie, stems from a long line of family brewers. On the father's side the Van der Kelen family stems from the Primus family and on her mother's side she was part of the Hendrix family. The Hendrix Family had a brewery in Peer from 1797 to 1981. Wanting to reinstate the Brewery to it's former glory Grégoire and Max decided to name their Brewery "Brouwerij Hendrix".

Unfortunately, when they deposited the name, there was an objection from a well known brewery in Bruges. Suddenly there were two urgent problems to resolve, a change of name that had to be implemented within days, and 10000 bottles of labelled beer that had to rebranded by hand. After many sleepless nights we decided to rename the brewery after the name of the building where we brew. L'Annexe of the Van der Kelen school. And the rest is soon to be history.... 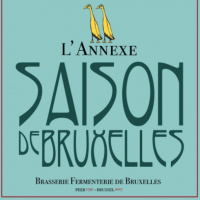 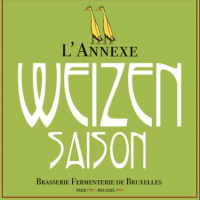 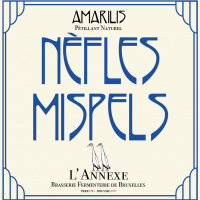 
Send us an email